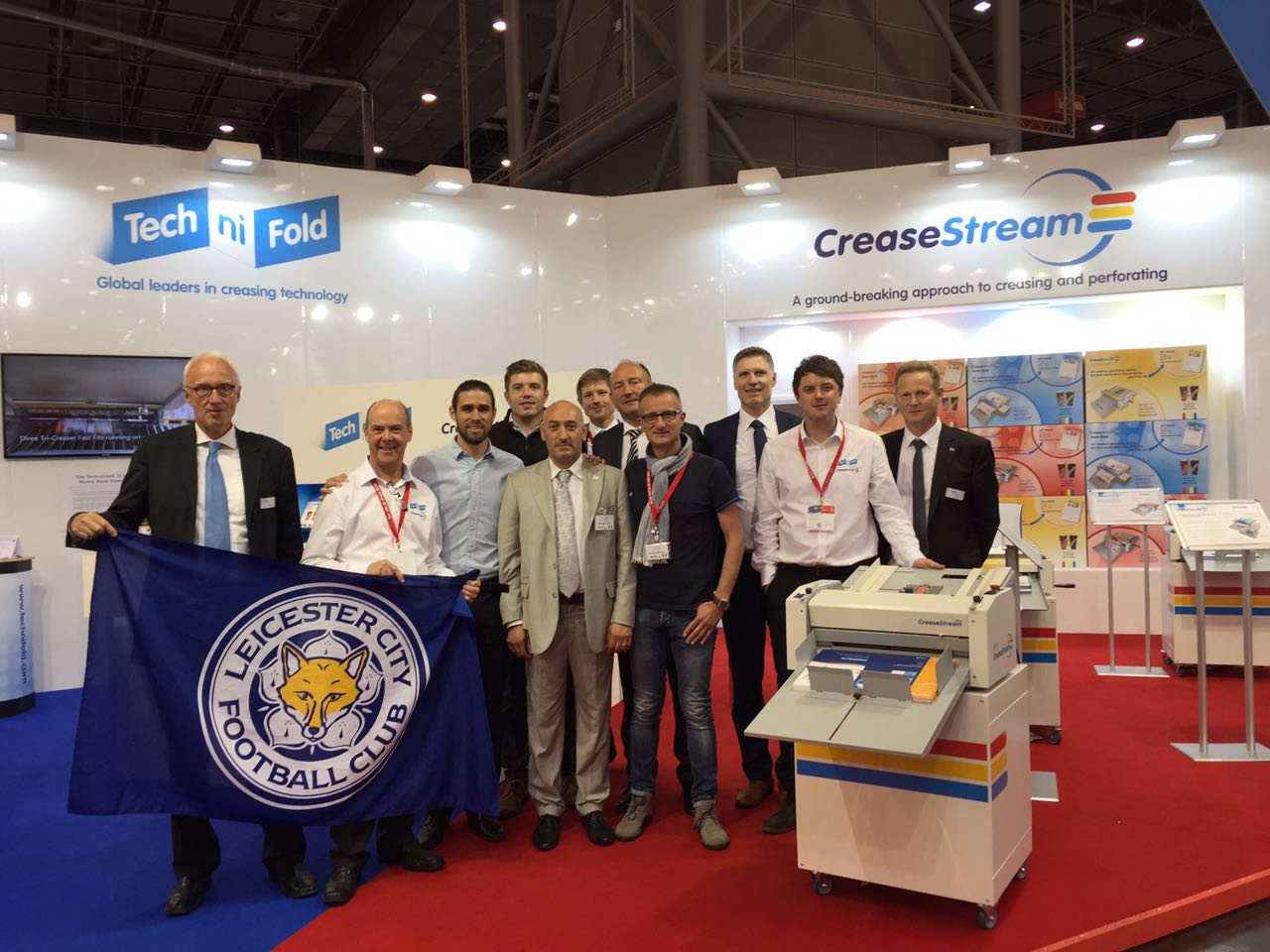 With Drupa 2016 done and dusted, we take a brief look back at the world’s biggest and best print show…

I don’t know about you, but it’s hard to think that it has been over a month since we were at Drupa. It doesn’t feel like 5 minutes ago that the words “Drupa is in town again” were playing through the speakers of the Messe Düsseldorf exhibition halls, yet here we all are back in the office. For many, Drupa 2016 was hailed a success, and you will firmly find us among them.

For those who visited our stand you will have seen us doing things a little differently this time round. We set up a workstation for each of the three main finishing processes we cover and had one of our solutions running alongside a traditional version of the tool. We felt the workstation tour concept worked very well and that it drastically improved how visitors flowed through our stand. It allowed us to not only give simple explanations of each device, but also the technology behind it as well as showing proof of how the results it provides are superior. It even meant we were able to get to the bottom of a visitor’s finishing problems much quicker and find a solution to help them. 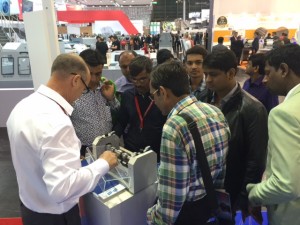 Head Technician Paul Barrett conducting one of our workstation tours

Assisted by some of our international partners, we successfully promoted the range of Tech-ni-Fold products to the large visitor footfall that we experienced daily on our stand. Thanks to their valuable help, here are some of the early results of the show that we are pleased to share with you:

Another big development for the show itself was the news that, after popular demand, they are reverting back to their four year cycle. See you back in Germany in 2020!